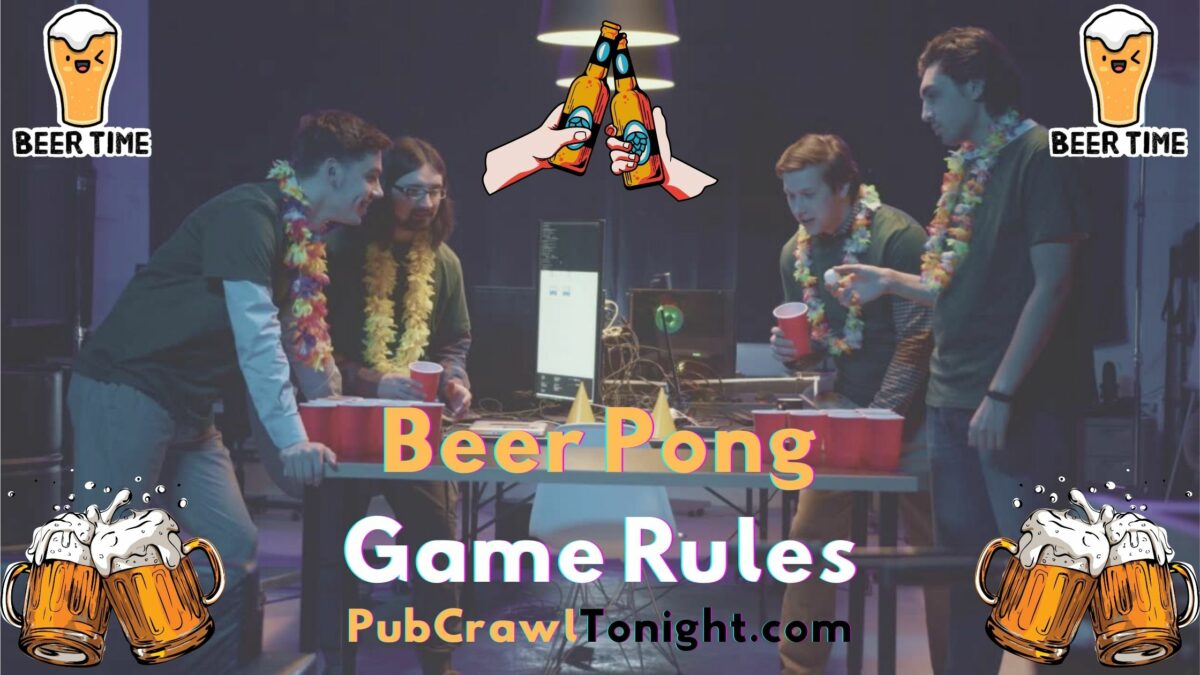 Beer pong, also known as “Beirut” or “6-cup,” is a drinking game that is popular among college students and adults. The game is played with a table, cups, and a ping pong ball. The goal of the game is to throw the ball into the cups on the other side of the table, and if the ball lands in a cup, the opposing team must drink the contents of that cup.

The game is played on a long table, with cups set of 6 or 10 up at either end. Beer pong balls. The cups are arranged in a triangle shape, with 4 cups in the back row, 3 cups in the middle row, and 2 cups in the front row (Check the below image). The cups should be filled with beer or any other beverage of your choice.

In conclusion, Beer Pong is a fun and entertaining game that is perfect for parties, gatherings, and events. Remember to play responsibly and follow the rules to ensure a fair and enjoyable game for all players.