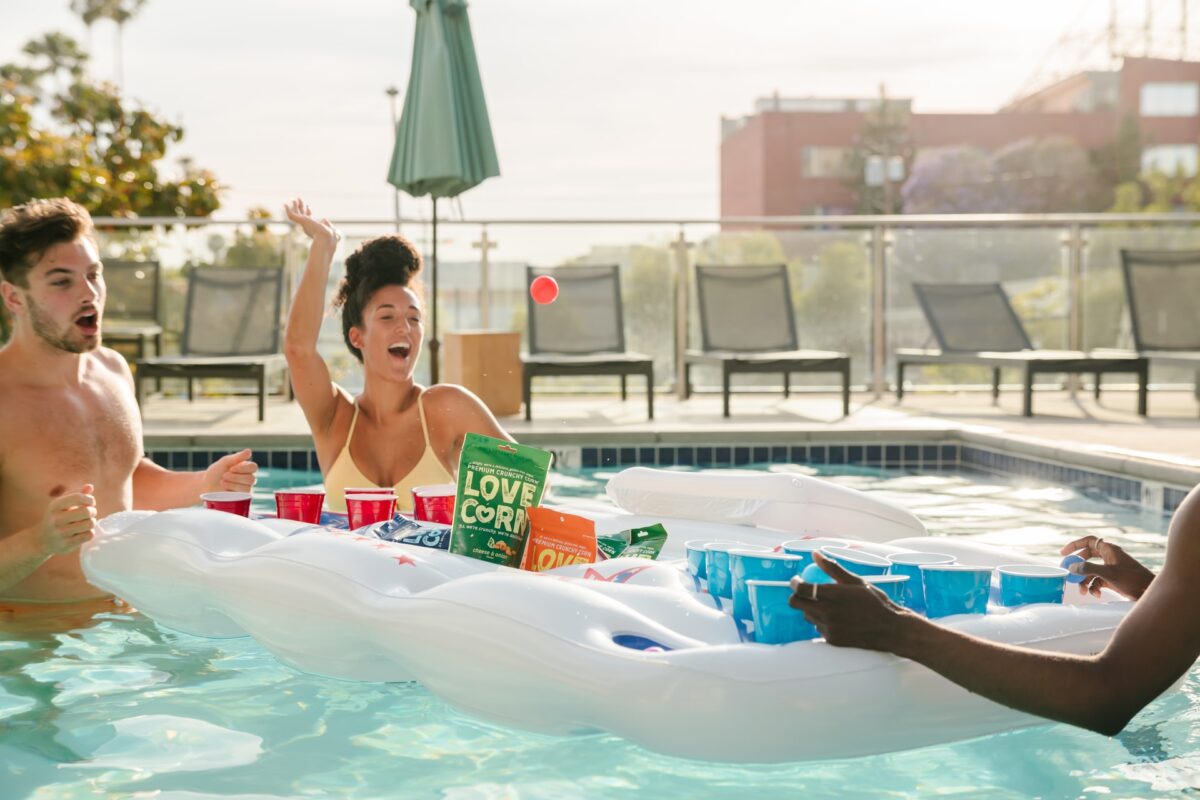 What’s better than spending time with your friends and family? Spending the day outside with them! The feeling of the warm sun on your face, the feeling of that first burn of the summer, and of course cooling off with a cold one.

But sometimes just sitting around a pool or playing the same old yard games can be a bit boring, so we have come up with a list of things you can do to enhance your outdoor activities. Here is a list of drinking games that can be played outside.

Best Drinking Games for the Outdoors

A lot of these games can also be played indoors, but who wants to wipe up water off of the floor or smell a musty rug? Who wants to clean up their favorite vase that has been broken by a frisbee? No one, that’s who.

These games are designed to allow you to be outside in the fresh air where there is no limitation to what you can do. This list is completed with the names and descriptions of the way we like to play them. Because we like to always find better ways to play games, constructive criticism is always welcome!

Get your best team together and get ready. It’s a flip cup, but with a slippery twist. The game is played the same traditional way but involves a slide to the table. 3 to 6 players per team is recommended.

Fill each cup to the second line from the bottom. Line your team in order at the beginning of the slip surface. (Hint: Some teams put their best players at the front in hopes of an early lead, while others put them at the end to act as the anchor.) Have someone call the count down, and let the fun begin!

This is an easy, fun, entertaining, and competitive way to stay cool during the hot summer days. A modification to this game can involve the losing team voting a member out of the next round. The losing team will choose someone to drink two cups so there is an even amount of cups per team.

Another great crossover game pool pong. This is a great way to stay cool while downing a cool one. This game is a bit more challenging than the original as the cups are floating around in the pool.

It can be played in the shallow end play if you want to just cool off in the pool, or in the deep end if you’re looking for a bit more of a challenge. Either  you are bound to catch some rays and have some fun in the sun.

The only rule change here from normal beer pong is that you may not intentionally make waves during the opponent’s turn. Bouncing and solo cups are back in it for this one, although bouncing on a raft may prove to be difficult.

There you have it. Pool pong is a great way to hang out in the pool and play the game we have all come to know and love. ***NOTE*** please remember to be careful and ensure that you and all of the other participants are strong enough swimmers, especially if you play this game in the deep end of the pool.

Like pool pong, bucket pong takes the game of beer pong off of the table and adds a whole new feel to it. The rules of bucket pong are the same as normal beer pong. What’s the difference? You are using large buckets filled with water, larger and different weighted balls, and there are only 6 buckets per side.

This game is fun for those who have a nice backyard, no pool access, or those spending a day at the beach. You can get a set on Amazon here or simply drive to a store in your local area.

To ensure that you do not fully waste a shot we suggest that you let the opposing team remove the bucket before you shoot again. If a ball hits someone removing the bucket, it will result in a loss of turn. Bouncing is still allowed, although very difficult to do off of the ground.

Everyone has gone out for a night and seen some things that are common, not so common, and pretty rare. This is the basis of this game. Grab some friends and have everyone come up with a few things to see, make a list of them, and let the games begin. Although this game does not require you to drink, it makes it much more interesting and fun if bar hop. This game can be played anywhere from any local bar to casinos, to even Walmart. All you need is a list of things to see and a camera.

The rules are simple, everyone has the same list of things they must get a picture of. The only catch is you must also be in the picture to prove you did not steal it from the internet.

For example, if someone puts “a man or woman wearing a red fedora”, you must get a picture with that person after gaining their permission. If someone puts “a statue” or “a water fountain”, simply take a selfie with one or have someone take a picture of you standing next to it. Be creative with the things you are looking for, but try to make it somewhat possible.

If you want to require drinking to be a part of the game because let’s face it, that’s why you came here, add that into the hunt. Put down “take a shot with a bald guy” or “chug a beer/mixed drink with a girl with a brown purse.”

Make sure there is video proof of the bartender pouring the shot, opening the beer, or mixing the drink and footage of the participant and the stranger performing the action. Also, please be sure that the stranger is aware of the game and is okay with you taking footage.

If you are doing the scavenger hunt around a city and are drinking, please be smart. Don’t drink and drive. Call an Uber, a Lyft, or simply just walk around and get those steps in.

This game is great for anyone who loves golf, drinking, and bars hopping. The game consists of 9 bars and spending a limited amount of time at each bar. Players have the opportunity to break even, minus, or go positive for each bar.

The scores are totaled up at the end of the night and the winner is the one who successfully finished the 9 with the lowest score. All participants dress up like golfers, act like golfers, and are scored like golfers. So find your local area that is loaded with bars. An even amount of participants is ideal for this event.

I hope you found a great outdoor drinking game to play! There are countless options, from simple to complex. Let us know your favorite drinking games for outdoors below.