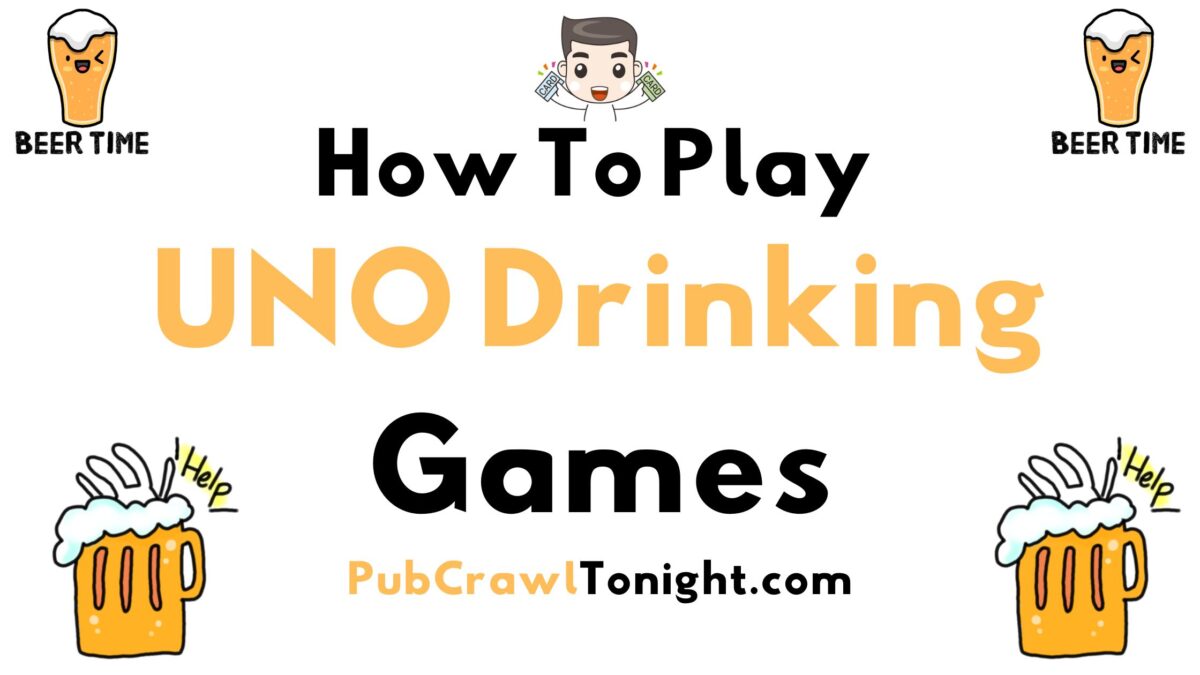 UNO is a popular card game that literally anyone can learn to play and also make a drinking game. It is a fun and easy game that features a strong social aspect. One of the most enjoyable parts of playing UNO is the game’s competitive nature. There are also plenty of ways to enjoy UNO. You can enjoy it with friends and family in a casual setting, or you can play it competitively by adding in an opponent.

This game is played by a wide variety of people across the globe. It is also very easy to learn as the rules of the game are very simple. However, it is not too easy either. This game is meant for people of all skill levels and is enjoyed by many people of all ages – especially adults who can turn it into a drinking game.

How to make the UNO card game into a drinking one?

If you’re looking for a way to make your UNO card game more exciting and hilarious, try combining it with drinking. It is fun, and it is perfect for a party. All you need is a double deck of UNO cards, some beer, and a few friends to play along with.

But if you want to do it right, below are the mechanics and things to remember for a UNO drinking game. You can also scroll below for some additional fun games that can be played using UNO cards and alcohol.

If you want to play this game, you have to know the regular version of playing UNO. What makes it different is the UNO action cards will turn into drinking rules. Remember, there are 112 cards in one UNO deck – so things can get pretty hard since much alcohol is going to be involved.

To add some twist, you can add other drinking games using UNO cards – more of that later. You can also go the extra mile by preparing deadly margaritas, tequila shots, and other random alcohol drinks during the entire night.

But without any other further ado, these are the game rules you have to keep in mind when playing the UNO drinking game.

In this game, you need the number cards in all colors and the wild cards of the deck. Each color should have an assigned action and every player will take turns to flip over a card and act upon depending on the designated move of the color he/she picked.

And if a player picked color with an elected number, he/she needs to perform the action times the labeled number. This means, that if you picked green that says clapping your hands, and it has a number 3, you need to clap your hands three times.

If a player screws an action or he/she didn’t perform the right one, the player has to drink.

Treasure and Discover is a game where you need a deck of UNO cards for the colors and numbers. In this game, each player flips a card from the deck and he/she has to name things depending on the color and number of the card.

This means, that if you flipped over a green card with a number 3, you have to name three things in the color green like a frog, green apple, and avocado. If someone doesn’t have anything on their mind, they have to chug a whole can of before or drink a tequila shot.

The deck of UNO cards is large – and we all know that. It has 112 cards which makes it perfect for a card toss. Just set up a container within 3 to 4 meters away and start throwing UNO cards. The player who tosses the most wins the game, which leaves the loser to drink.

Memory card games are a great way to exercise your brain while you relax and enjoy playing a game. These games require short-term memory and recognition of patterns. This is a great exercise for your brain and might help improve your memory in the long run. In the game of memory using UNO cards, you are given a card with a number, colors, or wild rule on it. The goal of the game is to match the card in your hand with the cards on the board. Once you are successful, you can make up a rule. For example, all the other players must drink or a person you want to chug a can of beer should do so.

Card houses is a card game in which players build houses with UNO cards. Players can have as many cards as they want to build their houses, with the exception of the rule of no two cards of the same value in the same color. The one who finishes first can choose which player has to drink.

UNO cards are simple, easy to use, and a blast to play with. They are great for kids, and adults, and you can even play with your friends and some family members. You’ll find that the more you play, the more fun it gets – especially with booze.

UNO is a game of luck, so it might seem like a game you are destined to lose. However, if you are just starting to play UNO, there are a couple of things you can do to ensure that you have a better chance of winning – any of which, UNO cards are definitely a good way to get your brain moving.