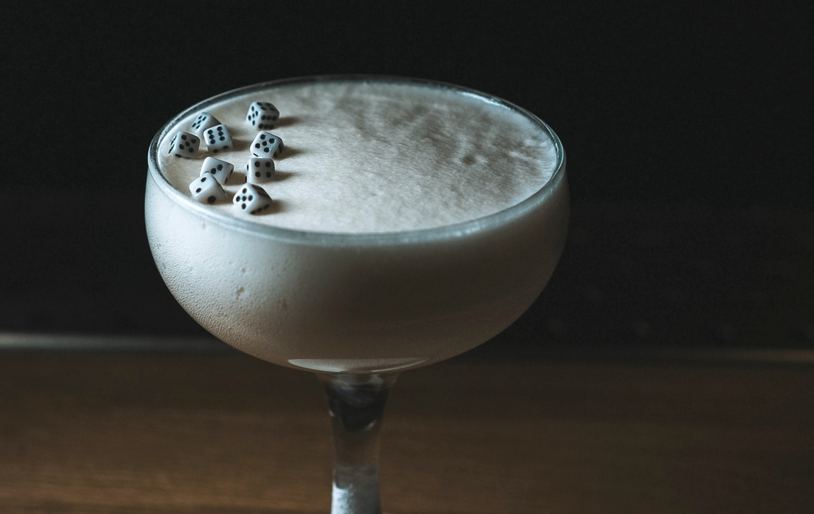 There’s something about the randomness of a dice roll that makes dice drinking games really fun. Dice games are usually very simple, yet can involve more strategy than you may think.

6 cups is an easy to learn, extremely fun drinking game for 3-6 players. You’ll only need one 6-sided dice and 6 cups for beer / other drinks.

How to play Six Cups

6 cups is the perfect dice drinking game for a larger party or at a rowdy pub with friends. Easy to learn, fun for everyone, and a quick way to end up tipsy.

Pig is a simple dice game that makes for a great drinking game. Each player takes turns rolling the dice. During your turn, you may roll as many times as you like, adding each roll’s number together. The aim is to get to as high a number as possible. The winner is the first player to reach 100 or more points.

Not so fast. If you roll a 1, your score for that turn roll is set to 0 points. You must decide when to end your turn. Maybe after three rolls, maybe four?

The idea of Pig is that you start to get greedy for more points during each turn, risking just one more roll for a few extra points. But if you happen to roll a 1, all that turn’s points are gone and the next player gets to roll.

How to make Pig into a dice drinking game

So how do you make this simple dice game into a drinking game? Easy. every time someone rolls a 1, that person must take as many drinks as they rolled the dice during that turn.

Chō-han is an incredibly simple Japanese dice game. It is commonly seen in Yakuza films, and has been played for generations. A simple choice for one of the quickest and easiest dice drinking games.

To make Chō-Han a drinking game, the losing bets must take a drink. To make it more interesting, betters can “wager” additional drinks before the dice roll has been revealed. For example, I bet 3 sips that the dice roll is odd. This requires that all betters agree on a wager. If you lose, the wager must be drunk.

Chō-Han is a both fun and historic, and can be played for hours on end (or until everyone is too drunk!).

Yahtzee is the classic poker-style dice game. It’s pretty fun in original form, but you know what makes it more fun? Making it a dice drinking game of course!

Rules of the Yahtzee Drinking Game

Yahtzee is a longer game, so the fun can continue for a while before the game is done. Feel free to add in other rules before beginning your game. There are endless possibilities when each player is rolling 5 dice.

Pirates of the Caribbean famously portrayed Liar’s Dice as “Pirate’s Dice” when Will challenges Davy Jones to a match.

Liar’s Dice is a bit more complicated, but once the rules are well understood the game is extremely fun and even strategic. Liar’s Dice is largely based on bluffing and guessing.

How to play Liar’s Dice

How to make Liar’s Dice a Drinking Dame

You can also add rules for the total pool’s numbers, for example if the pool has six 6s, everyone must finish their drink.

If you don’t have enough actual dice to play this game, consider downloading a simple dice rolling app or using a dice roll website on your phone.

Higher or Lower was featured in our top 15 drinking games for 2 players article (check out this article for awesome drinking game ideas for just 2 people).

However, this is one of the dice drinking games that can also be played with more than 2 players as well. It is a very simple game with an easy learning curve.

How to play Higher or Lower (Dice Drinking Game)

It might seem like a good idea to guess numbers right in the middle, but it gets more fun when you start making bolder guesses. With just 2 dice required and such simple rules, Higher or Lower is a great place to start if you’re looking for simple dice drinking games.

Left Center Right is a dice game that uses custom made dice. Each dice contains 3 sides with “L” “C” and “R” respectively, and 3 sides with a dot.

How to play LCR

How to make LCR a dice drinking game

Left Center Right is a classic, fun dice game that is perfect for a drinking game. It requires the custom dice and chips, but is usually available online or in stores for less than $10.

We hope you enjoyed our favorite dice drinking games and found the perfect one for you! If not, take a look at some of our other drinking game articles. Or, check out our YouTube channel for quick videos on the best drinking games to play.