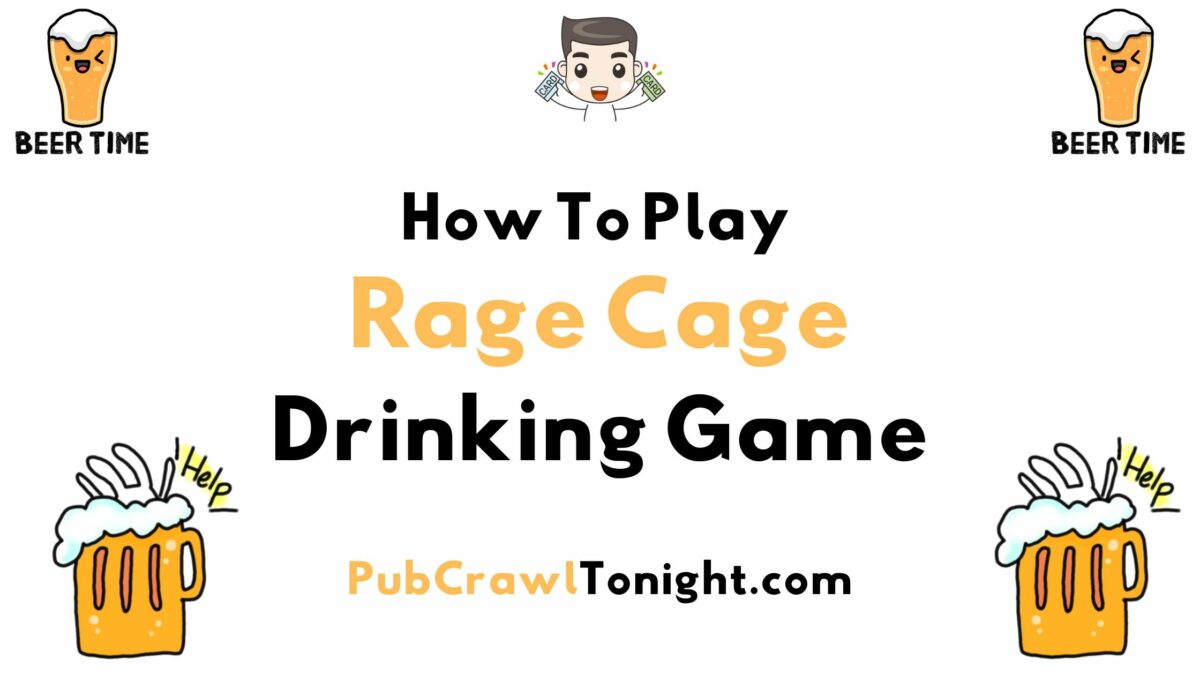 The drinking game Rage Cage is comparable to Beer Pong. The same supplies are used in both games: two ping-pong balls, plastic cups, and drinks(beer) to fill the cups with (as usual, beer can be substituted).

Ping-pong balls are bounced into cups as quickly as possible in the “rage cage.” drinking game. It creates space for each participant to enjoy themselves fully and quickly rendering all participants intoxicated. There is no maximum number of players for Rage Cage, but it is recommended to have more than four.

Because it is best played in a group, Rage Cage is a fun game to play during gatherings. However, to really experience Rage Cage, we advise that your party consists of at least 7 players.

The necessary materials are needed:

The supplies to play this game are not hard to get. They are things you could easily get from stores. They are:

How to Play the Rage Cage:

Once you begin, remember to maintain your composure and hit the ping-pong ball into the cup! Unlike Beer Pong, where you may take your sweet time before firing, this is not like that.

When playing the Rage Cage drinking game, you must move quickly. You will need to consume more glasses of beer the longer it takes you to bounce a ball into your cup.

Place a central cup at the center of the table and the other cups in a group surrounding it; they must not be even in the arrangement. Beer should be poured all the way to the top of the middle cup.

A full can of beer can also be used in place of the central cup. The other cups should have a beer in them up to approximately 1/4 of the way. As there is no specific amount, more or less can be used in these cups.

To commence the game, the players assemble around the table. Starting with a ping pong ball, two players across from one another guzzle any cup of beer before setting the empty cup in front of them. They then start attempting to hit their ping-pong ball as swiftly as they can into the cup. After making the cup, a player hands the cup and the ball to the player on their left, who then starts attempting to bounce the ball into the cup. Any player, save the one who is still bouncing, may receive the cup if a player gets it on their first attempt.

Someone stacks the player to their left by putting their own cup within the other players’ cups when they build a cup while the person to their left is still bouncing. Then, that person passes the stack to their left, grabs a new beer, chugs it, and starts bouncing into the fresh cup.

The cups continue to be used until all, save the one in the middle, are empty. When just the middle cup is left, whoever is stacked loses and is forced to down the entire cup of beer. The losing player must shoot the beer can if a can of beer rather than a full cup is being utilized in the middle.

Be sure to follow these few guidelines for the Rage Cage before you begin your game:

1. The Rage Cage kicks off with a reverse countdown of “3, 2, 1”. Following “1,” the two ping-pong players choose the cup that is closest to them, drink a beer, and then try to quickly flick their ball inside the empty glass.

2. If they are successful, they transfer the cup and the ball to the next player in a circular motion. This continues while the next player is still bouncing until one player reaches their cup.

3. Following this, the player will put their cup on top of the next one. The loser will then pass their stack clockwise, choose a new cup, sip the beer, and go on with the game.

4. When every cup has been emptied, the game is over. The center cup, commonly known as the King’s Cup, is the last beer-filled cup to be consumed.

There are several ways to make your Rage Cage game more enjoyable. To make your game even more difficult, think about including these specific guidelines!

-Making a first attempt: Any player around the table may get the ball if a player succeeds on their first try, with the exception of a person who is still bouncing.

-Constructing a middle cup: If they mistakenly knock the ball into one of the cups on the table, they have to drink it, stack it on top of the one before it, and then make another try to fling the ball inside the stack.