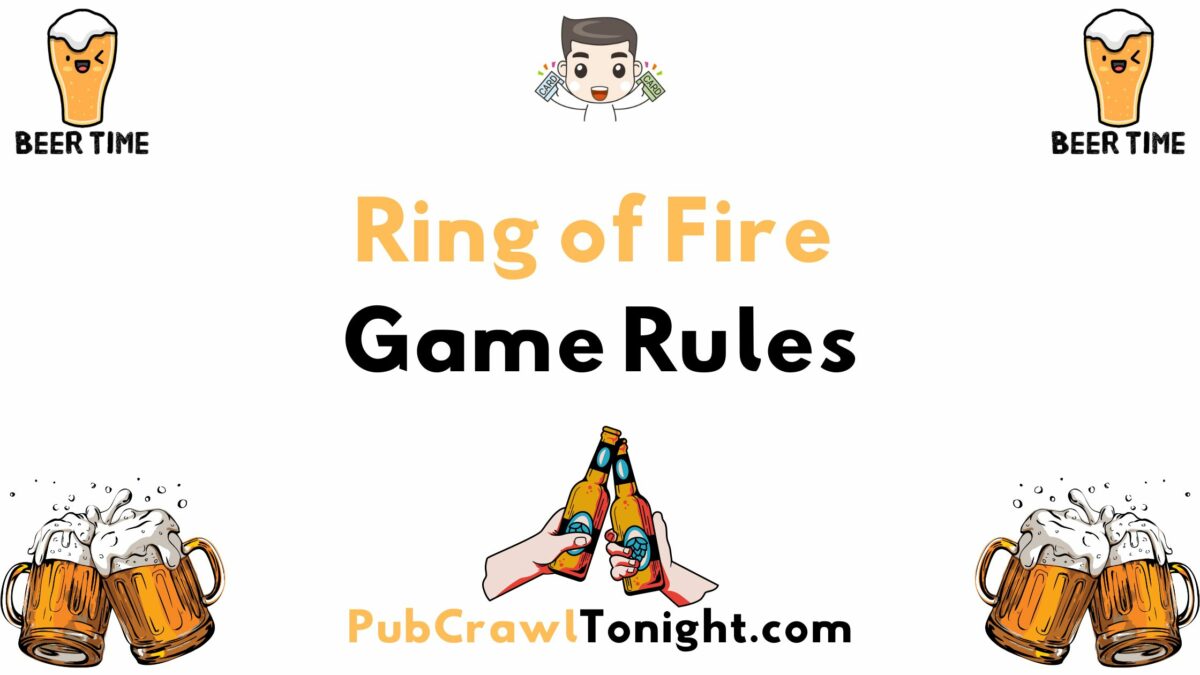 We all love having a good time. Playing drinking games is one of the best ways to have a good time chilling with friends.

Ring of fire, also known as King’s cup, doughnut, or circle of death, is an excellent way to entertain yourselves during house parties and other events.

Players must accustom themselves to the game’s rules like any other game. Understanding what they can or can not do is integral to the game’s success. Rules also protect other players in potentially dangerous situations.

First, there must be a cup filled with liquor at the center of the table. Another name for this game is King’s cup; it comes from this cup at the center.

Second, there must be a deck of cards.

Also, each player should have their favorite alcohol in the cup.

The deck of cards is spread around the cup with the liquor facing down. Players should not see the value of any of the cards.

To play the game, players sit in a circle and take turns drawing a card from the ring of cards without breaking the chain. Anytime a player draws a card from the ring, they must ensure that the remaining cards touch each other. A player who fails to achieve this must have a shot or sip of the liquor they are holding.

Now, each card in the deck has a rule attached to it. Usually, the rule instructs the drawer to perform an action.

Below is a list of all the cards that can be played along with their rules. Each card number has a name. For instance, 2 of anything is known as ‘You,’ meaning that the rule of that card applies to someone a player will pick.

Ring of fire is one of the best drinking games. It has been around for ages and played by large groups. It is best enjoyed by people spending the night together. With this game, you are guaranteed to have a great night of fun and possibly get drunk.

While playing, remember to drink responsibly. Do not let underage participants take alcohol. Do not drink and drive.